We are all connected at the heart

When Rachel and Levi found out that Rachel was pregnant with their first child, a son, they chose the name Leo, after Levi’s grandfather. The Hebrew name, Lev, means heart. Little did they know what the word “heart” would come to mean to them.

When Rachel and Levi found out that Rachel was pregnant with their first child, a son, they were overjoyed. They chose the name Leo, after Levi’s grandfather. The Hebrew name, Lev, means heart.

Little did they know what the word “heart” would come to mean to them.

During Rachel’s pregnancy, every ultrasound and checkup was great until Leo’s 20-week anatomy scan. “I see all 10 fingers and all 10 toes,” the technician said. Then she grew silent and told Rachel that she would bring a doctor in to talk with her.

A fetal echocardiogram revealed that Leo had a heart defect, Rachel’s doctor recommended that they transfer their care to Texas Children’s.

Our cardiologists confirmed that Leo had a congenital heart defect that would require open-heart surgery just days after he was born. 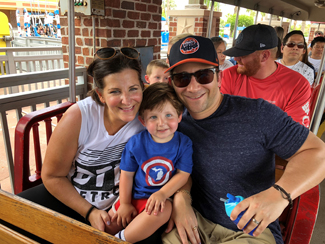 Leo and his parents

As Rachel and Levi tried to process everything that was happening, they were lifted up by the knowledge that Texas Children’s is a recognized leader in pediatric cardiology.

Just 23 days after he was born, Leo underwent an eight-and-a-half-hour surgery to repair his defect. “It was an intense day,” Levi said. “Seeing him after surgery was a sight. To imagine that he could go through all this at such a young age was beyond comprehension.”

“Up until then, we had never held Leo without wires attached,” Rachel said. “So a truly memorable moment for me was when the wires were removed and we could actually carry Leo like other parents carry their babies.”

As Rachel and Levi reflected on their time at Texas Children’s Hospital, Levi said, “It was abundantly clear that everyone at Texas Children’s loves what they are doing. They bonded with us as a family and got to know us. The NICU nurses are wonderful, amazing people. They truly became part of our life.” 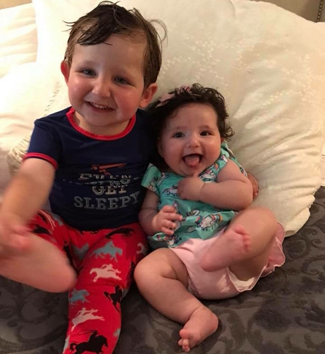 Leo with his sister

Today, Leo is 2 years old. He’s a fearless and confident little boy who is thriving. He goes to school and plays with friends. He’s also a big brother now and loves his baby sister. “Leo is the beat of our hearts,” Levi said.